Back in January I observed in a post on food that I easily make 700+ meals a year for myself. That number was so daunting! I wrote that “It’s work to put together wholesome, non-toxic, nutrient-rich meals from scratch on a daily basis.”

As I was thinking about the role food and cooking occupy in my life (a big one) and how the whole business of feeding one’s self can feel like a chore, I also started to think about the people I’ve met over the years, mainly older women, who would have loved an opportunity to be back in their own kitchen cooking. These are people who can no longer cook for themselves or who no longer live in their own home, but in nursing or other elder facilities. The days of preparing a meal for themselves and others are behind them.

I thought also about how many people in the world don’t get enough food, who would find the idea of complaining about, or just feeling tired or bored of fixing meals, unfathomable.

These thoughts led me to write a little index card that I put on the refrigerator which has been there ever since.  It’s a reminder I need. 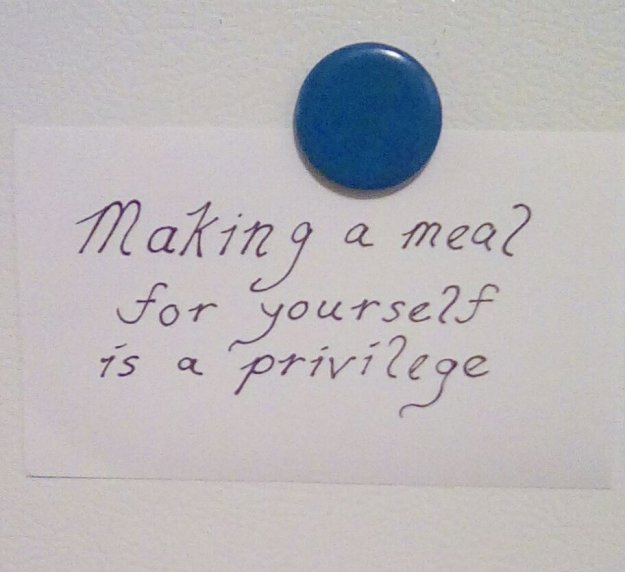