August is usually a brown month. The plants are spent and dried out, the ground parched. Not this year. An unusual amount of rain has kept everything nice and green as well as brought up an array of mushrooms around my town that I might not typically see.  I’ve got mushrooms on my mind lately because of the recent release of the remake of “The Beguiled,” a Clint Eastwood movie I saw on TV when I was a child that did for my feelings about mushrooms pretty much what “Jaws” did for my feelings about shallow water at the beach. (I’ve yet to see the Sofia Coppola-directed remake but I absolutely will – eventually.)

I’m too lazy to look up their names so here’s some interesting and nameless mushrooms that caught my eye. 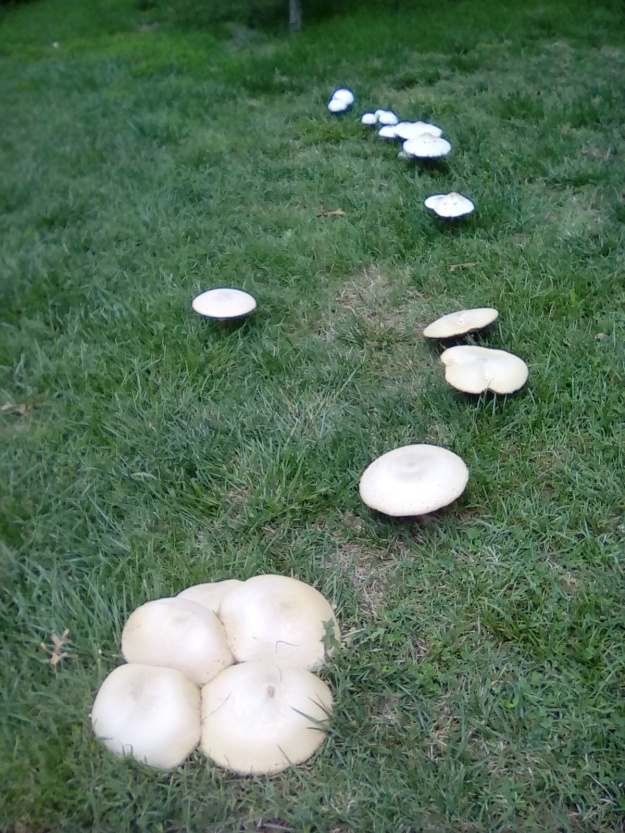 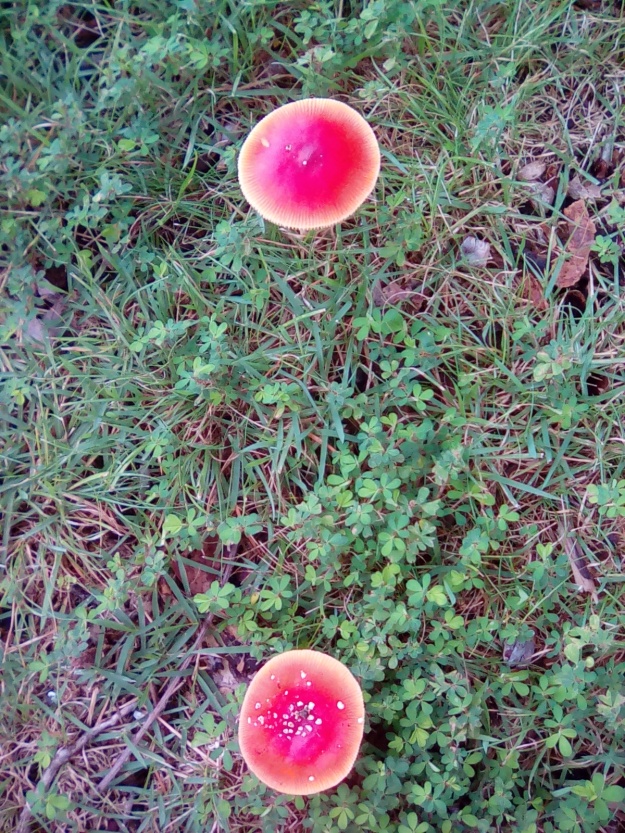 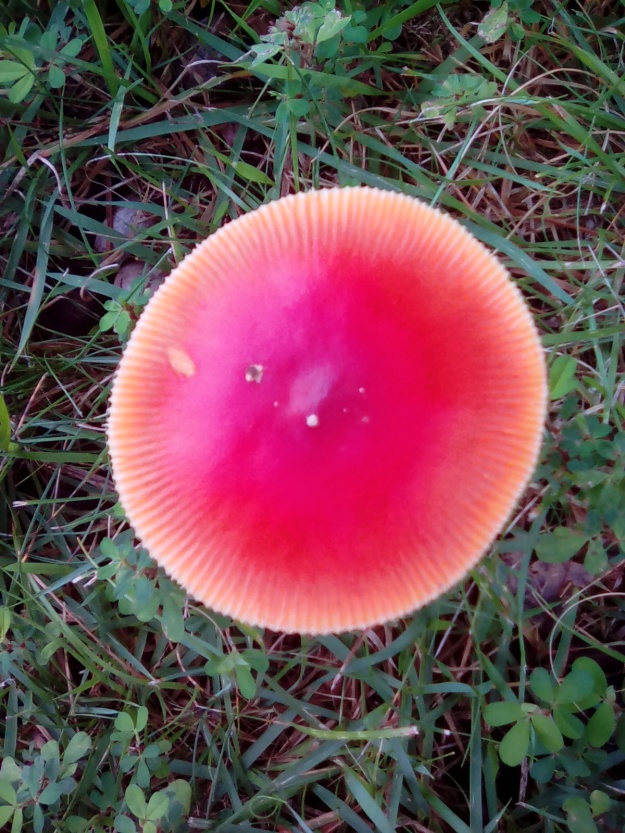 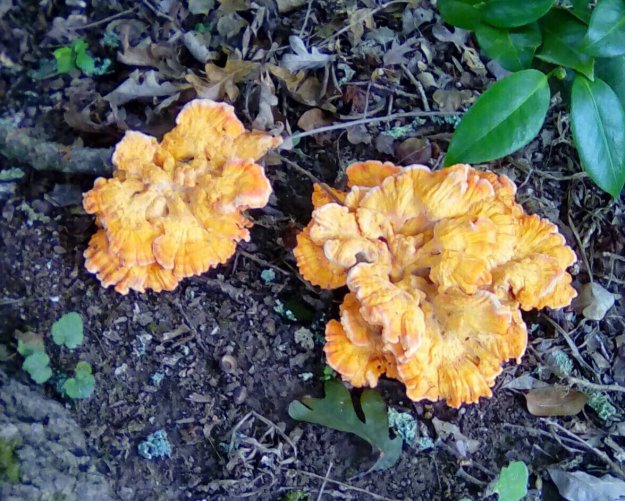 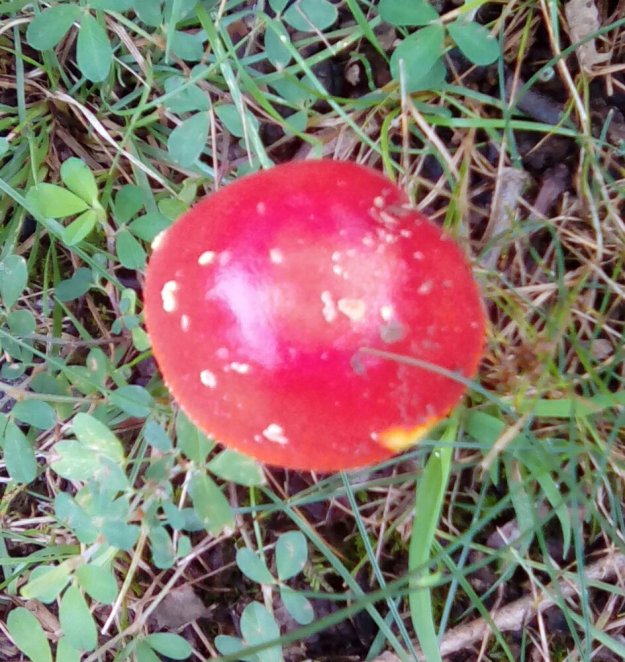 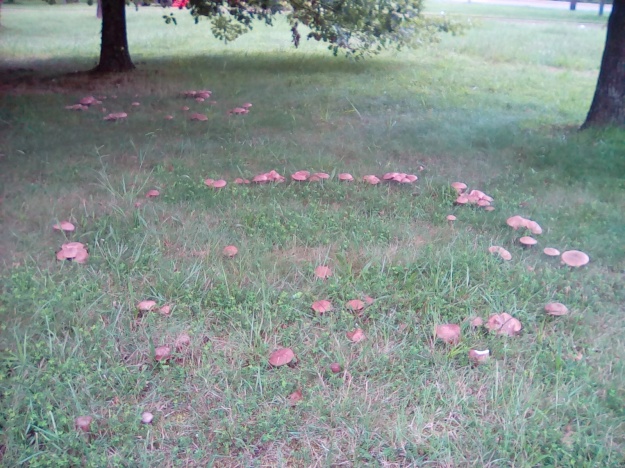 I liked how they formed a mysterious circle. “Crop circle mushrooms?”

p.s. I am still having internet issues so forgive me in advance for not replying promptly to any comments. I do still like ’em!

This past summer I watched a DVD of the 2013 film, All Is Lost, featuring Robert Redford, conceived and directed by J. C. Chandor. With virtually no dialogue and only Redford onscreen for almost the entirety, the film captures one man’s determination to stay alive adrift at sea. It’s not an easy film to watch, but so well worth the effort.

There is a depth and a quality to Redford’s performance that is the result of years’ experience. When a performer reaches his level, all the self-conscious mannerisms, the posing and posturing, are gone, stripped down to raw character. It was a privilege to watch this man, this actor, at the pinnacle of his skills. Despite a little concern beforehand, I did not notice the absence of dialogue or other performers.

Redford is so good that you can sense there are people in his life “back home,” a reason to fight as hard as he does. I do not know who else could do this role. Eastwood maybe, although, with no one to play off of and/or fight against (key to his acting), he might not have the ability to go within himself – and stay there – as Redford does for the firm’s duration.

There’s one shot of Redford in particular that still haunts me – and the movie as a whole has stayed in my consciousness – where the blood visibly drains from his face. How, how, does someone do that?

In DVD extras, director Chandor said this part was for Redford. He admits to trepidation over directing the famed senior actor, not to mention subjecting him to the physical stresses of the job. The end result, though, proved both to the challenge.

I was surprised to see that Amazon reviewers, about 1800 people, gave the film a cumulative 3 out of 5 rating. This is one time I don’t want to read anyone else’s opinion or criticism, even after the fact. Professional critics scored it much higher. If I was going to guess, Amazon reviewers probably didn’t think enough “happened” action-wise, while movie critics lauded Redford’s performance.

As I said, the film isn’t easy fare, but with Redford spending so much time in recent years offscreen, I jumped at the chance to see him, especially in this genre. Moreover, I think I owe someone of his skill and talent, an actor, director and innovator I’ve appreciated for decades, to watch him do what he does best. Understated brilliance.